Guest Post by Rayne Hall: "Are Indie Books Worth Reviewing?"

Today, I have a guest blog by Rayne Hall.  She is an established author, having 30 books published, and runs classes on writing.  A biography follows the blog.

Now, on to the the guest blog:   "Are Indie Books Worth Reviewing?"

Are Indie Books Worth Reviewing?
by Rayne Hall

Certain book blogs state categorically that they won't review self-published books.  I understand their motivation: They get inundated with submissions and are trying to keep the numbers down.

However, No Indies is as arbitrary as No Jews or No Women.

The reviewers aim to filter out low-quality works - but is the publishing method a valid quality filter?

It used to be. In the late 20th century, the established path to publication was author-agent-publisher-bookseller-reader. Each book had to pass three gates on its journey from author to reader, and each gate represented a quality test. Self-published books were inevitably those that had failed at the first two gates.

Times have changed. E-publishing makes it possible to reach the readers directly, and many authors choose the direct route instead of queuing at the gates.

Without gatekeepers barring entry, many poorly-written and under-revised books get published. A lot of indie (i.e. self-published) books are not as good as their authors think. Frankly, there's a mass of indie dross - but there are also many indie gems.

The boundary between “good book” and “bad book” doesn't happen to coincide with the frontier between indie-published and legacy-published books.

Consider the authors who use both publishing models: Amanda Hocking, John Locke and Michael Stackpole submit some of their works to legacy publishers and self-publish others. Are these authors' legacy-published books better than their self-published ones?

Or how about the authors were successful with legacy-published books, but then decided to go indie? Consider Joe Konrath, Barry Eisler, Kevin O. McLaughlin and Dean Wesley Smith. Have they lost their ability to write good books?

Then there are the authors who took their previously legacy-published out-of-print books and self-published them as ebooks -  Kristine Kathryn Rusch and Piers Anthony, for instance. The books are the same, so how can they suddenly be less worthy?

Over three decades, I had twenty books published by several legacy publishers before choosing the indie route. Does this mean my old books are worth reviewing, and my new books are not - even though I have grown as a writer?

Not long ago, a book blogger approached me. She had enjoyed the stories in Six Scary Tales Vol 1 and asked for review copies of Vol 2 and 3, so she could review the series. Shortly after I sent the books, I received an email “Your books are self-published and therefore not worth reading or reviewing.”

Excuse me? When she assumed that the books were legacy-published, she liked the stories and wanted more. On discovery that they were indie-published, the same stories were suddenly not worth reading. What does this say about the reviewer's judgement?

Most stories in the Six Scary Tales were originally published the legacy way in magazines and anthologies. Did inclusion in the self-published collection damage their quality?

I appreciate that book bloggers decline to read certain books, e.g. No Erotica, No Horror or No Romance, because if a book isn't to their taste, it would be tedious to read and difficult to review.

But to decline all indie-published books because they can't possibly be good is like refusing to read books penned by women or by Jews because no woman or Jew could possibly write something worth reading.

So how can a book reviewer assess which books are worth reading? I think the answer is obvious: by looking at the book itself. Reading the first few pages will show the reviewer whether it's their kind of book. Often, a quick glance at the first paragraph is enough to weed out the obvious dross. If reviewers can't form their own opinion of what they're reading, they shouldn't be reviewing books.

She is the author of thirty books in different genres (mostly horror, fantasy and non-fiction) and under different pen names, published by twelve publishers in six countries, translated into several languages. Her short stories have been published in many magazines, e-zines and anthologies. Having switched to indie publishing last year, she is trying to get back the rights to her previously published books so she can republish them as ebooks. 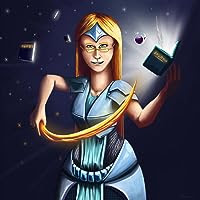 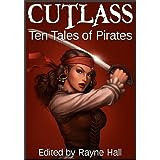 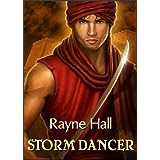 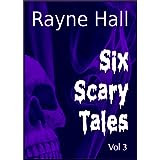 Thank you for joining me!  I'm honored to be a blog posting your thoughts, and happy to share them with my readers.

If you are interested in more information on Rayne, I did an author Q&A with her a while back, feel free to peruse it here http://www.kevinrau.com/i/RayneHall.asp